You are here: Home / Career / How to Partner Without Creating a Partnership

Two friends recently asked me for some ideas on how they could work together in their businesses without creating a partnership. “Why?” you may ask, “did they not want a partnership?” Good question, but let me preface my answer by saying that because of confidentiality, I will be intentionally vague as to the nature of the business and the individuals 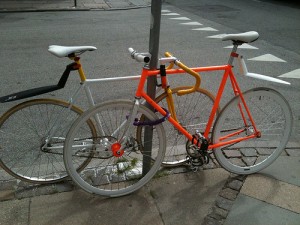 involved. OK? The answer is that one of them had had a bad experience with a previous partnership.

Some of those problems with the partnership were:

While both partners generally charged the same rates, one would occasionally undercut the other to get more business.

When either partner bought equipment to use in the business, did the partnership own the equipment or did each individual own his own equipment?

Again, more confusion. If they couldn’t agree on who owned the equipment, they also struggled with clarity about the use of the equipment.

This happened and it was a problem. When the one who moved took some of the equipment with him, hard feelings resulted. After all, no one really knew whose equipment it was in the first place.

Bigger issues with the partnership.

By now, I am sure you are thinking, “This partnership was a train wreck waiting to happen”. I don’t disagree. They jumped into it like many who jump into marriage: without thinking, negotiating or agreeing on the basic issues of the partnership.

But there was also a bigger problem: lack of incentive for success.

I realize that this problem stemmed from a breakdown of trust, but the fact is, as partners, neither was highly motivated for success because each felt that whatever they accomplished was compromised by having to share it with the partner.

OK. Now you have a little background. Understand I am not an attorney; just a guy with some common sense. Our goal was to create a win – win relationship in which each was able to draw from the skills of the other while individually growing his own business as a sole proprietor. The underlying theme was that each would be rewarded by how well he did in his business, but neither would be hurt if the other did not do so well. Like I said, this is but a start, but in our initial two hour meeting, I think we did all right.

For sake of clarity, lets call these two Jack and John.

Here is a cursory list of items agreed to:

I should note that both felt very positive and upbeat about this arrangement.

I know it is a very simple agreement, but it seems to match our goal of creating a win – win relationship while allowing each to operate as a sole proprietor.