You are here: Home / Biblical Thoughts On Finance / Four Financial Lessons From the Good Samaritan 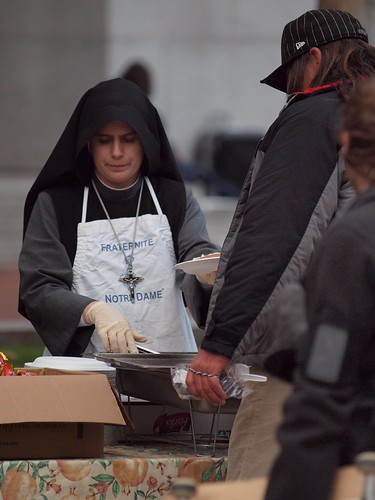 Margaret Thatcher once said, “No one would remember the Good Samaritan if he hadn’t had money”.

Of course the Good Samaritan was not an actual historical figure, but a fictional man in a story that Jesus told to illustrate what “loving your neighbor” should look like.  But the very fact that Jesus “invented” this Samaritan gives greater credibility to his actions. Following are four financial lessons that I think Jesus would want us to learn:

“But a Samaritan, as he journeyed, came to where he was, and when he saw him, he had compassion. He went to him and bound up his wounds, pouring on oil and wine. Then he set him on his own animal and brought him to an inn and took care of him.”The Samaritan got personally involved. HE bound up the wounds. HE set the injured man on HIS own animal. HE took the man to the Inn. He could have just given a donation to the Salvation Army, but he cared enough to get involved.

“And the next day he took out two denarii and gave them to the innkeeper…”Back to Margaret’s observation: this was a man who managed his money. My hunch is that he lived on a budget and spent less than he made. He could afford the fee to the innkeeper.

“saying, ‘Take care of him, and whatever more you spend, I will repay you when I come back.’ “The innkeeper would not have allowed the Samaritan to run up a tab on some stranger unless he knew that he would get paid. One wonders if the Samaritan had been to the inn before, perhaps paying for some other needy person’s stay. At any rate, the Samaritan had a good name; one the innkeeper trusted.

He didn’t know how long the injured man would be laid up, but good care for the man was more important to him than the cost of that care. This generosity would never have been possible if he hadn’t had money in the first place.

It is a fact of life that we need to be strong in order to care for the weak. I often meet people who have deep desires to bless the needy, but are unable because they are financially weak. Some are weak through no fault of their own but many simply don’t manage what they have. Whether it is keeping up with the Joneses, accumulating too much debt or simply not being diligent enough to make a budget, they are weak. And this weakness causes frustration when real needs arise and they want to help but are unable.

The message of this story is that we need to be more like the Samaritan. The implied message is to get strong financially and stay strong financially so we can have the means. Jesus concludes with this admonition, “Go and do likewise.”

We can’t do it unless we are strong.