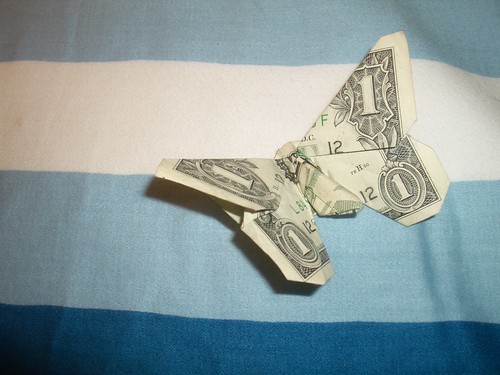 Peter and Teresa (not real names) were doing well. Peter had a good paying job with great security. Teresa brought in extra money through being self employed. Life was good until, with no warning, Peter had a heart attack necessitating him to miss six months of work. His sick leave covered his pay for the first month and his health insurance covered all medical expenses, but for five months he had no income and no way to earn income. On top of this, Teresa had to quit her work so she could stay home and take care of Peter. They borrowed from friends. They took out a personal note from the bank. And they used their credit cards…and used them. Their car was repossessed and they barely avoided foreclosure.

Fortunately, Paul recovered sufficiently to go back to work, but he and Teresa now have so much debt that their take home pay is not enough to cover their minimum monthly payments. Teresa had lost her clients from her previous work and is working a minimum wage job. Their stress level is so high that Peter is concerned about another heart attack.

Of course we can’t roll back time for Peter and Teresa, but if we could, I am sure that they would build up their emergency fund. Had they done so before Peter’s heart attack happened, they would been able to pay for the ordeal without creating new debt.

So What Do We Mean By a Fully Funded Emergency Fund?

First, a quick review of steps One and Two. Baby Step One is saving $1,000 for small emergencies. The purpose of the $1,000 is to provide a buffer account for unexpected expenses while paying off debt. Baby Step Two is paying off all debt except the house by using a debt snowball.

Once Baby Step Two is complete, Dave Ramsey recommends saving three to six months of expenses in the emergency fund. The purpose is, for the rest of your life, to keep a fund which will tide your through whatever emergencies you might encounter. It is akin to Grandma’s “rainy day fund”. This step is an essential part of financial planning; virtually all financial planners recommend an emergency fund. The question is not IF an emergency will come into your life, but WHEN. Money magazine says that 78% of us will have a major emergency within any given 10 year period.

Keep Up the Momentum

After being so focused during Steps One and Two, it would be easy to relax a bit. I do think a celebration is in order: becoming debt free is a big thing! Save up and pay cash for a get-away, but be aware of the temptation to raise your standard of living. After all, you now have a great positive cash flow because all of the money you had been spending on debt is now at your fingertips and will disappear if you don’t immediately give it a name. And that name is crucial: emergency fund. So Step Three is a natural progression from Step Two. You have already done the hard work of squeezing your life style to create the debt snowball payments, so now is the time to use that same cash flow to start paying yourself. You have momentum on your side. Keep it up.

Dave recommends three to six months of expenses. With no debt payments except your house, many families can live on $3,000 a month, so the emergency fund should be a minimum of $9000. Of course single income families, employment in industries vulnerable to economic downturns or families where both spouses work for the same employer are most susceptible to emergencies. With today’s unemployment and stuttering economy, six months is more prudent and nine months would not be too much for most. If you were previously paying $1500 a month toward debt, then you should be able to complete Step Three in six to twelve months.

Where to Keep the Money

Dave recommends keeping this emergency money easily accessible. This is not considered an investment but a savings, so don’t expect the fund to be a money maker. A high yield savings account or a money market account are good choices.

Because the emergency fund creates security, it is a very high value for most wives. Husbands…did you hear that? Even if you aren’t excited about a block of money sitting around “gathering dust”, you need to remember how important the emergency fund is to your wife. Don’t start thinking you need to be doing something fancy with this money. Instead, consider it a great investment: an investment in a content and secure marriage. After all, your goal is financial peace.

Next up in this series is Baby Step Four: Investing 15% of your income toward retirement.