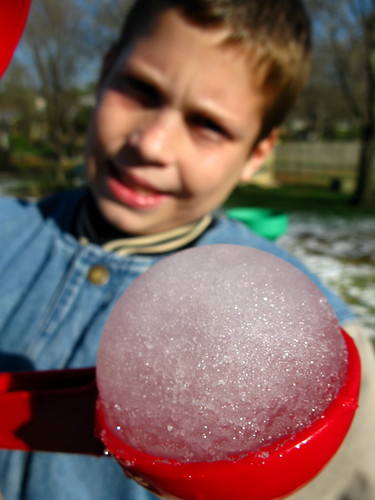 In order to better understand Dave Ramsey’s passionate hatred of debt, allow me to quote him,

“We started with nothing, but by the time I was twenty-six years old, we held real estate worth over $4 million. I was good at real estate, but I was better at borrowing money. Even though I had become a millionaire, I had built a house of cards. The short version of the story is that we went through financial hell and lost everything over a three-year period of time. We were sued, foreclosed on, and, finally, with a brand-new baby and a toddler, we were bankrupt. Scared doesn’t begin to cover it. Crushed comes close, but we held on to each other and decided we needed a change.” (from the Total Money Makeover)

It was this experience that drove Dave to learn how to do it right the next time. He read extensively, interviewed older wealthy people who had made money and kept it, and studied the bible. His conclusion is that debt brings on risk and should be avoided.

Over the ensuing twenty years, Dave has helped millions of people achieve financial peace by emphasizing the debt free theme that he is famous for.

More specifically, Baby Step Two is paying off all debt except the house, which will be covered in Baby Step Six. How is this accomplished? By using the Debt Snowball. What does Dave mean by Debt Snowball? List all debts from smallest to largest, then make minimum payments on all but the smallest until it is gone. Then roll that payment to the next smallest until it is gone, still making minimum payments on all others. The payments on the smallest debt continue to increase as each one is paid off, thus the term “snowball”.

I want to stop at this point and address the accusations that “Dave Ramsey doesn’t know math.” People often point out that, mathematically speaking, the debt will disappear faster by starting with the highest interest rate instead of the smallest debt. Dave, who has a degree in economics, does know math and will readily agree that working from highest interest rate to lowest is indeed mathematically advantageous. So why does he teach paying smallest to largest? Because Dave also understands human nature. He preaches that personal finance is 80% behavior and 20% head knowledge, so he developed a simple plan that gives quick victories at the onset to help gain enthusiasm, confidence and momentum. These Baby Steps, by changing behavior, often motivate people to make more sacrifices (selling an expensive car, temporarily working a second job, foregoing a vacation, etc.) as they see their list of debts disappear. Paying month after month on the same debt because it has high interest can become dreary, causing many to give up because they don’t experience those victories.

This being said, the point is not to nit pick about which type of Debt Snowball one uses, but to get through Baby Step Two as quickly as possible. It is just that Dave has been doing this for many years and has helped millions get out of debt. His “behavioral finance” works, so I recommend giving it a try. If you discover that you are more radically motivated to focus on the high interest debt first, then by all means do so!