You are here: Home / Retirement / Are You Eating Your Retirement? 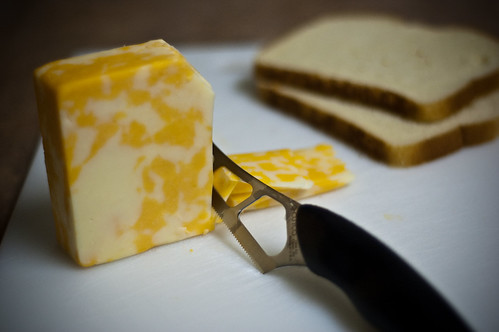 I recently read two seemingly unrelated articles, which, when dovetailed together, become the basis for this post.

The first, a recent Principal Financial Well-Being survey, indicates that less than one third of Americans are setting aside what they think they need to for retirement.

The second, from the “The Culinary Review”, tabulated the following costs per serving of homemade sandwiches:

So I ask: do you know what you need to be doing today so you can retire with dignity? Are you actually doing what you know you should? If you are like most Americans, you probably need to do something different. But don’t despair; something as simple as changing how you eat can make a huge difference.

For example, what if you were to start packing your lunch instead of joining your co-workers at the diner? You could realistically save $5 a day, or $100 a month, which would grow to $150,000 if your investment earned 8% annually for thirty years. Not bad, but double it to $300,000 if both spouses start brown bagging.

Need to bump up some more?

Another Culinary Review article lists 10 meals you can prepare at home for under $1 a serving. These are my top five picks:

It is not unreasonable for a family of four to expect a savings of $120 a month by using one of these recipes each week instead of eating out. Investing these savings will add another $180,000 to that retirement kitty, bringing our total to nearly a half million dollars. Not bad pay for eating some grilled cheese sandwiches and potato pancakes.

You get the idea.

Making small changes today can make huge differences tomorrow. But this is more than simple math; it is a test of character. In today’s instant gratification society, you need to be very intentional about delaying that gratification today in order to beef up your future retirement. Getting started, therefore, requires character. The good news is that once the changes become habit and once you see that retirement fund growing, you will gain momentum.

In the end, of course, it is your choice.  Just make sure you are not eating your retirement.