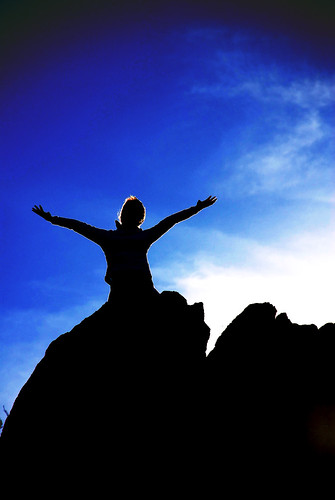 You have worked and planned for that glorious day when you could kick back, travel, golf, fish and simply do what you wanted.  But things happened.

Your 401(k) turned into a 201(k) and has grown back to a 301(k).  You have learned that your nest egg is vulnerable and volatile, making your life of leisure sound like a life of anxiety.  And now you realize that you are going to need some part time work during your retirement to stretch the maximum years from that nest egg.

Sure you are disappointed, but instead of lamenting your circumstances, I challenge you to take advantage of them.  By redefining your retirement, you could be in for your most exciting and fulfilling years.  The best, for you, is yet to come.

According to a study in EH.net, 78% of men over age 65 were still in the workforce in 1880.  As you might suspect, this percentage has dropped dramatically in recent decades to the current 18% level.

The point is this: we Americans have been trained to believe anyone age 65 or older should be put out to pasture.   Not so!  Continuing to work past age 65 simply means that you are still a valuable and productive person.

Work does not mean drudgery.  A dictionary definition is “Physical or mental effort or activity directed toward the production or accomplishment of something.”   Redefine “work” as a means to use your efforts to produce or accomplish something you are passionate about.  Grandma Moses began painting in her 70s.  Colonel Sanders was in his late sixties when he began frying his “finger licking good” chicken.

James Michener said it thusly, “The master in the art of living makes little distinction between his work and his play, his labor and his leisure, his mind and his body, his information and his recreation, his love and his religion.  He hardly knows which is which.  He simply pursues his vision of excellence at whatever he does, leaving others to decided whether he is working or playing.  To him, he is always doing both.”

Redefine your definition of retirement

We have accepted the myth that retirement means lazing around for twenty or thirty or forty years.  The problem is that many of us (I am a retiree) have been active all our lives and don’t want to be suddenly thrust into a role of inactivity.   Do you really want your life to atrophy as you set your sights on 30 years of leisure?  I don’t and I hope you don’t.  That diminished 401(k) may require you to be active, but that is not a bad thing.  You probably have more choices than you used to have, so redefine your retirement in terms of staying active.

Ask yourself this question, “If money was no object, what would I do with the rest of my life?”  Got your answer?  Then find a way to do it.  That “some day” you used to talk about is today.  Dig out those dreams that you gave up on years ago, dust them off and start fulfilling them.

Real joy in life comes from serving others.  Retirees have a lifetime of skills, wisdom and knowledge which qualify them like no other age group to contribute to the world around them.  Check out Senior Stars to learn about people like Dr. Michael DeBakey, a medical pioneer who continued to practice medicine until he died only two months short of his 100th birthday or Ardell Lien, a 71-year-old Minnesotan who became the first heart and kidney recipient to solo circumnavigate the world so he could promote organ transplants.  You are surrounded by people who have needs you could serve.  What are you waiting for?

He has a plan for you and your life.  He may surprise you with the plans he has for you at this point in your life, but as long as your heart is beating he has a purpose for you to fulfill.  Be open to him, seek him and serve him with all of your strength for all of your life.

Your arrival at retirement age didn’t turn out the way you had planned.  But if you were planning on a life of leisure, this turn of events may be the best thing that could have happened to you.  These next several years could be the most exciting and fulfilling years of your life.  I challenge you to redefine your retirement into years of productive work, fulfilling your dreams, serving others and serving God.  You will find yourself energized, invigorated and passionate about life.