You are here: Home / Debt / 3 Ways To Recover From Christmas Over-Spending 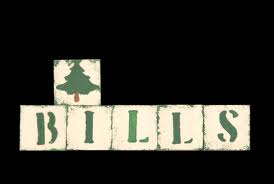 Even with all the advice here at Personal Finance By The Book, you still managed to overspend this holiday season.

It’s not that surprising; one-in-three Americans put their holiday on credit cards. Many more used loans, credit lines, and same-as-cash deals to pay for the big day. And with presents, eating out, travel, and increased utilities (your mother-in-law needs to take shorter showers) you’ve found yourself up to your eyeballs in bills.

But fear not! There is still a way to enjoy 2012 without paying Christmas debt for the next 6 months.

Using these three methods to make some extra cash this year and get out of the mess left from the holidays.

January is a good time to get rid of all the junk you’ve built up in recent years.

Even the most frugal among us has useless junk lying around their house. You are not the exception. Maybe it’s a shirt you never wear, a lamp you never use, or plates that have been collecting dust for years. Whatever it is, you need to find all that stuff, set is aside, and sell it.

There are plenty of ways to make money. You can:

If you’re having trouble getting rid of things, use the four-seasons method to decipher what’s useful and what’s “stuck”. All you have to do is ask yourself:

If the answer is “no” then you should sell it. Going all four seasons without using something means you likely won’t ever use it – no matter what you tell yourself.

The only exception to the four-seasons method is truly meaningful stuff. This doesn’t mean you save things you might use someday; it means you save things that have meaning (like pictures, heir looms, etc).

You should have seen this one coming.

The best way to make a little extra cash is to get a part-time job. Minimum wage is over 7 dollars an hour and with 25-30 hours you can make enough money to get that Christmas debt paid off. If you get a job that includes tips (pizza delivery, waiting tables, etc) you can get it paid off even sooner!

Someone may say, “You can’t get a part-time job after Christmas! Spending has slowed down.” And while it’s true spending has diminished, it hasn’t stopped. That’s like saying, “You can’t eat after thanksgiving, everyone is full!” And while they may eat less the next day, they will still eat something.

In the same way, people are still buying things after Christmas – just less than they were in December when (like you) they were over-spending.

Since you refused to cut spending in December, you’re going to have to do it now.

Instead of eating out, stay home in January. When you’re friends want to see a movie, invite them over for a $1 red box viewing. And when you’re ready for a date night, hit up the free-night at your local art museum.

There are millions of ways to save money without ruining your life. Take a look at where your money is going and resolve to slow down in January. This not only frees up cash to pay debt with, but also forces you to change the way you think about spending and saving in the New Year. The creative ideas I’ve seen people come up with when they couldn’t spend money have brought together families, reignited romances, and built relationships.

You’ve made resolutions, now set some goals. Starting today, look over your budget and find a few things to cut. Then go around your house and pick two or three things to sell. Once you’re finished, list out a few places you can apply at a part-time job.

In no time, you’ll work your way out of Christmas debt and be able to start the year off right.

Aren’t we all looking for the freedom to enjoy the year without the stress of last year following us?

Alex Humphrey is a personal finance writer and coach at EntrepreLife a personal finance blog that teaches easy ways to dominate money by dropping debt, investing well, and saving for the things you love to do. When he’s not blogging he leads a youth group, spends time with his wife, and figures out new ways to teach people personal finances. You can follow him on Twitter and Facebook and subscribe to the EntrepreLife mailing list.