You are here: Home / Biblical Thoughts On Finance / Which Comes First: Earning or Saving? 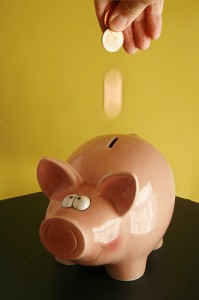 Free Money Finance’s recent post, The Seven Pillars of Financial Success:  Pillar 1: Spend Less Than You Earn emphasizes the absolute priority we must give to this principle in order to prosper financially. Based on Proverbs 21:20, “In the house of the wise are stores of choice food and oil, but a foolish man devours all he has”, FMF says,

“Without this one, simple step, you’re dead in the water financially — you’re going nowhere. With it, you have extra amounts left over that you can save and invest — and thus grow your net worth. This is why spending less than you earn is the one, main key to financial success (and thus my best piece of financial advice).”

Who can argue with this simple logic? It is common sense, it is bible based and it is the best piece of financial advice that a very successful financial blogger offers. Done deal. Right? I thought so until this comment to the FMF post made me wonder:

“I’ve found out that the most important pillar is actually “Be able to make a Living Wage”. You have to make a living wage before you can “spend less than you earn”, unless you don’t mind sleeping in a cave (which yes, some people do).

If you don’t have any earning power, it’s IMPOSSIBLE to spend less than you earn, because no matter what you do or how many jobs you try to take on or get, they pay so poorly that you don’t earn enough to pay the most basic of life’s necessities (Shelter, Food, Electricity). That’s my problem (which I’m working on fixing).”

So now we have a dissenting and logical opinion: “One must make a living wage before it is possible to spend less than you earn.”

Are we splitting hairs here? Is the “earn/spend less” debate akin to the “chicken/egg” argument? I don’t think so. In fact, I believe this discussion is a critical one for the following reasons:

We are not talking about zero income.

Obviously living on less than you earn is impossible if you have no income or no free money coming your way. However, the proverb, the post and the commenter all assume that there is SOME income. The comment states that this income must be a “living wage” before one can practice the principle, but neither the post or the proverb make this assertion. “Wisdom”, according to the Proverb, is setting aside some food and oil regardless of the income level.

“IMPOSSIBLE”, though difficult, can be possible.

According to the comment, even if you take on several poor paying jobs, it is IMPOSSIBLE (his caps) to spend less than you earn. I disagree. I am not unsympathetic to those who struggle with low paying jobs, but I dismiss the argument that they can’t meet basic needs. I know a forty year old single woman in our community who works for minimum wages, has no debt and $10,000 (all saved from her job) in the bank. She rents a modest apartment and does not own a car (she rides a bicycle) and refuses to borrow money.

While I am not trying to make anyone feel guilty for living in America, we can keep incomes in perspective by realizing that the minimum wage earner in America is ahead of 87.8% of the world’s population. My source? Global Rich List. My point? Think twice before declaring your situation is impossible.

A “living wage” is not definable

What is a “living wage”? Seemingly, it is sufficient wages to be able to pay life’s necessities. However, the definition of “life’s necessities” is so ambiguous that anyone can make it mean what they want it to mean. $15,000 annually might be living wage for one person while $100,000 a year might not be enough for another person.

The “I will do it later” mentality

There is a danger in deciding that one must earn a certain income level before beginning to apply Proverbs 21:20. Why? Because the “I will do it later” mindset is a form of rationalization which will affect not only this decision, but all financial decisions. One can always find an excuse to delay paying off debt or saving for an emergency fund or planning for retirement. “Tomorrow” can be a death knell in the world of personal finance.

I agree with FMF that learning to live on less than you earn is a foundational financial and biblical principle. I realize that this can be very difficult when the income level is low, but I also believe that there is no magic income level when the principle should kick in. When people set their minds to live on less than they earn, and when they make themselves do it even when income levels are low, they are developing a mindset that will serve them well for life.