You are here: Home / Biblical Thoughts On Finance / When Dreams Die

We don’t want you in the dark, friends, about how hard it was when all this came down on us in Asia province. It was so bad we didn’t think we were going to make it. We felt like we’d been sent to death row, that it was all over for us. As it turned out, it was the best thing that could have happened. Instead of trusting in our own strength or wits to get out of it, we were forced to trust God totally–not a bad idea since he’s the God who raises the dead! (2Co 1:8-9 The Message) 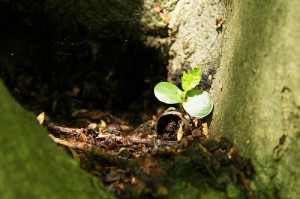 Have you ever had a dream die?

How did you feel? Like life isn’t fair? Like giving up? Like dying? Congratulations! You are in good company. Even the Apostle Paul went through such an ordeal. After suffering extreme hardship, he thought it “was all over”.
Yes – the great apostle Paul who proclaimed “I can do all things through Christ who strengthens me” (Php 4:13) experienced times of doubt and confusion.

But Paul continues, “As it turned out, it was the best thing that could have happened. Instead of trusting our own strength or wits to get out of it, we were forced to trust God totally – not a bad idea since he’s the God who raises the dead!”

I do not write this to minimize the grief you experience when a dream dies. You should indeed grieve. You have lost something very dear to you. However, when the grieving lessens, remember that God is still in control and he still has plans for you. Why do you suppose Paul points out that God raises the dead? Could it be that He can likewise raise a dead dream into a new one?.

A new beginning cannot occur until an ending takes place. Old wineskins cannot handle new wine and old dreams must be put to rest before new ones can form. Why? Because hanging onto the old hinders the new by confusing, diluting and distorting it. We need that death before a new life can begin. Yes, losing the old is painful…very painful. But God in his graciousness sometimes forces the issue so he can move us ahead to his new and better plan for us.

God had new beginnings for Paul, but He wanted to make sure the old dreams died first so Paul could turn totally to him. He likewise has new dreams for you.

Your new beginning is on its way.

How about you?  What dreams have been crushed in your life?   Has God given you new dreams yet?