You are here: Home / Biblical Thoughts On Finance / Twenty Christians Who Have Changed Our World

We all dream of being financially solvent. Right? But deep inside we all know that there is more to life than relief from 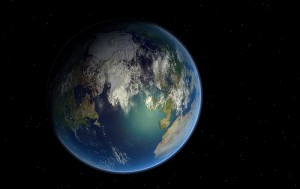 financial stress. I believe that all of us want our lives to count for something – to make a difference in the world we live in. Therefore, I am sharing this “honor roll” of Christians who, over the centuries, have done just that: change their world. Hopefully you will be inspired to do likewise.

The following information is from a pamphlet by Rose Publishing entitled “What Christianity has Done For the World”. The achievements are categorized as indicated. Enjoy.

The Value of Each Human Being

1. Justinian (483-565) Byzantine emperor who had his jurists prepare the Justinian Code, which clearly condemned abortion and infanticide as illegal.

2. George Mueller (1805-98) Born in Prussia. Mueller was an evangelist who established orphanages in Bristol, England after a cholera epidemic. For the next 60 years, he cared for more than 10,000 orphaned and abandoned children.

3. Eric Liddell (1902-1945) Scottish athlete and Christian popularized by the movie “Chariots of Fire”. Born in China to missionary parents, Liddell returned to China after winning an Olympic gold medal in 1924. He taught in an Anglo-Chinese school and died in a Japanese internment camp during World War II. 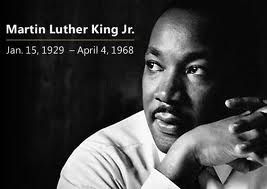 4. Rev. Martin Luther King, Jr. (1929-1968) Baptist minister who spoke in support of fair and equal treatment for African Americans in the United States during the 1960’s. He was awarded the Nobel Peace Prize in 1964.

5. William Wilberforce (1759-1833) Christian abolitionist who also served as a member of England’s House of Commons. Wilberforce campaigned tirelessly for the abolition of slavery beginning in 1789. Forty four years later, just before his death, he learned that Parliament passed the Abolition Act, by which 700,000 slaves were set free. Wilberforce’s efforts were chronicled in the film, “Amazing Grace.”

6. William Penn(1644-1718) a Quaker and founder of Pennsylvania, “treated the Indians with Christian charity and justice”. Penn called Pennsylvania “the Holy Experiment” living at peace with the Native Americans in the area.

7. Boethius (480-525) As a Roman nobleman, Boethius was one of the best educated men of his time. His mathematics were used in early universities and his life goal was to translate all of the Greek philosophy and classic literature into Latin. He wrote thousands of documents, including his Consolations of Philosophy, which would become the most read book of the Middle Ages. 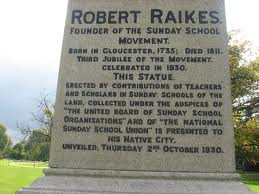 8. Robert Raikes (1736-1811) Remembered as the founder of the Sunday School movement, Raikes, of Gloucester, England, sought to provide Christian education for poor children and children who would otherwise not receive a biblical education.

10. Johannes Kepler (1571-1630) German astronomer and accomplished scientist who coined the phrase, “Thinking God’s thoughts after him”. Kepler’s Astonomia Nova (The New Astronomy, 1609) presents two key laws of astronomy – the elliptical orbit of planets and the law that planets do not move at a uniform speed.

11. Isaac Newton (1642-1727) English physicist and mathematician whose many accomplishments include the discovery of the law of gravity and the invention of calculus.

12. George Washington Carver (1864-1943) An African-American chemist (his parents were slaves) was awarded the Roosevelt Medal in 1939 for his research on peanuts and sweet potatoes. The medal read, in part, “To a scientist humbly seeking the guidance of God…”

13. Johann Sebastian Bach (1685-1750) A dedicated Christian who contributed much to the world of music. Bach, a prolific composer, wrote sacred music, dedicating his efforts to the glory of God. His mastery of musical counterpoint remains admired and imitated today.

14. Michelangelo (1475-1564) Italian Renaissance artist is remembered for his many biblically inspired works of art, including the sculpture of David, his painting of the Sistine Chapel in Rome and “The Last Judgment”. Michelangelo “believed that spiritual value could be found in all natural beauty.”

15. George Frederick Handel (1685-1759) German born composer, wrote the admired oratorio “Messiah” in a matter of weeks. Handel offered genuine innovations to musical form with his unique uses of the chorus (the “Hallelujah” chorus from Messiah is perhaps his best known work).

16. Rembrandt (1606-1669) Dutch painter Rembrandt Harmensz van Rijn was one of the world’s greatest painters and is known for his many biblical words including “Return of the Prodigal Son”.

17. John Milton (1608-1674) was a Puritan who penned “Paradise Lost” which recounts the Fall of Man and is considered a masterpiece of epic English literature.

18. Harriet Beecher Stowe (1811-1896) Stowe’s vivid portrayal of slavery in her classic book “Uncle Tom’s Cabin” later caused Abraham Lincoln to remark, “So this is the little lady who caused the great war”.

19. Aleksandr Solzhenitsyn (1918-2008) Russian author and historian as well as recipient of the Nobel Peace Prize in literature, wrote about the Soviet labor camps (the Gulag) and was later exiled from Russia.

20 &21. J.R.R. Tolkien and C. S. Lewis Two 20th century English writers who penned some of the most popular works of fantasy in print; Tolkien “The Lord of the Rings” and Lewis “The Chronicles of Narnia”.

There: you have it. Are you inspired to go out and change your world? Today would be a great day to start.

I realize this list is quite incomplete.  Who would you add?