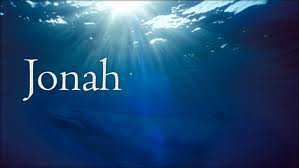 Have you ever thought about how Jonah relates to your finances? If not, you should.

For those who didn’t go to Sunday school as a kid, Jonah was one of God’s prophets. He came from a rich family and was a big deal prophet of God.

One day, God tells Jonah to prophecy to the most horrible people in the world: the Ninevites. God wants them to know He’s coming for them if they don’t repent. Jonah, not being overly keen on God’s idea,  hopped on a boat heading as far away from Nineveh as he could get.

If you went to Sunday school you’ve got this next part memorized.

God sends a huge storm and the crew, in order to appease God, throws Jonah overboard.  It works! God calms the storm and has a big fish eat Jonah and take him to land. While in the fish’s belly, Jonah has a change of heart and agrees to prophecy in Nineveh.

Once there, Jonah gives the absolute minimum effort. He tells the Ninevites God’s going to kill them and offers them no hope.

The Ninevites believe Jonah and God’s message gets all the way to the king who calls for the entire city to repent of all the horrible things they’ve done.

God relents, but Jonah isn’t happy about it. He wanted to see God kill the Ninevites. At one point he even tells God the whole reason he avoided prophesying to Nineveh was he knew God is merciful and wouldn’t kill them if they repented.

God asks Jonah some poignant questions and we never find out Jonah’s answer.

What Does That Have To Do With Money?

The truth is, God will make you do things with money that will make you resent Him. He’ll tell you to give money to someone whom you’re sure will blow it on alcohol; he’ll ask you to take on responsibilities you can’t fathom affording. And once you begrudgingly follow through with God’s commands, he won’t work everything out the way you hoped. He won’t repay your tithes 100 times or give back the thing you gave up to follow Him. He’ll never change His character to accommodate your feelings. He will always do the right thing, and — because you are His child — He’ll make sure you’re doing the right thing too.

And that’s a good thing.

Money is an idol in America and no one is exempt. We all prefer the safety of our stock options over the safety of God. We’d prefer a million dollars in the bank and a few hundred in our pockets than total reliance on the creator.

But God doesn’t play by those rules. He’s going to do the things that are better for us and for those around us – and he’ll make us do them with Him.

When I’m stuck in a hopeless situation; when my income stifles; and when I don’t like how things are working out, I’ll consider Jonah and remember that God is good, He’s in control, and I can trust Him.

It probably won’t make me feel better, but it’ll get me thinking in the right direction.

What is God making you do?

Alex Humphrey is a personal finance writer and coach at EntrepreLife a personal finance blog that teaches easy ways to dominate money by dropping debt, investing well, and saving for the things you love to do. When he’s not blogging he leads a youth group, spends time with his wife, and figures out new ways to teach people personal finances. You can follow him on Twitter and Facebook and subscribe to the EntrepreLife mailing list.