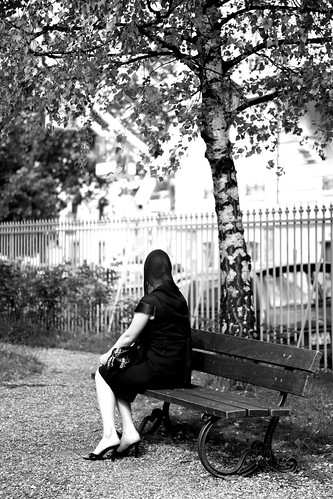 As a financial counselor, I help real people with real issues. This series on case studies will walk our readers through the process of discovering the short term and long term goals of my clients, formulating a plan to achieve those ends and then holding the client accountable to actually carry out the plan and thus accomplish the goals.

I will use real life studies with fictitious names, always with the approval of the client. Some turn out very well, some fairly well and some not so well. I will not “cherry pick” just the successes, but plan to write of some that do not accomplish their goals, assuming I can get permission.

As this was our first meeting, I asked Alline to fill out the Client Information Form. Her short term financial goal is to become debt free. Her long term goal is to rebuild some of her lost retirement and put herself in a position not to be a burden to her children.

Alline is a widow in her mid-60s. I learned that her husband had a stroke in 2002 and was an invalid until he passed away in 2004. Their health insurance covered 80% of expenses, but nearly all of his 401(k) savings was used to pay the other 20%. He had a $50,000 life insurance policy, but all of it was used for the funeral expenses and medical debt.

At about this time, Alline sold her $175,000 house to her daughter and son-in-law for $120,000. She also loaned the daughter $35,000. She then moved into the small house her daughter still owned and made the house payments, insurance and taxes on it.

About two years later, the IRS notified Alline that she owed $15,000 in back income taxes. It so happened that during the time of her late husband’s stroke and ensuing illness, she had neglected to file their taxes. Her Dad had collapsed the same day that her husband had his stroke and her grandmother had died four months later.

We worked on Alline’s budget. Alline still owes $8,000 to the IRS. She draws $652 a month Social Security and $1617 survivor’s retirement benefit. She also works and earns $1076 a month take home pay for a total monthly income of $3,345. Her budget expenditures are $2457 which includes saving $555 a month toward her Baby Step 1 Emergency Fund. Her minimum payments on her unsecured debt is $888 a month for a total expenditures of $3,345 and thus a zero based budget.

At this time we had been meeting about three hours and we concluded the meeting with some “homework” and scheduling our next meeting. The homework (with her agreement) was:

Our immediate goal is to save $1,000 for Alline’s Baby Step 1 Emergency Fund. We scheduled our next meeting for a month away to allow Alline to try her budget to see how it works.